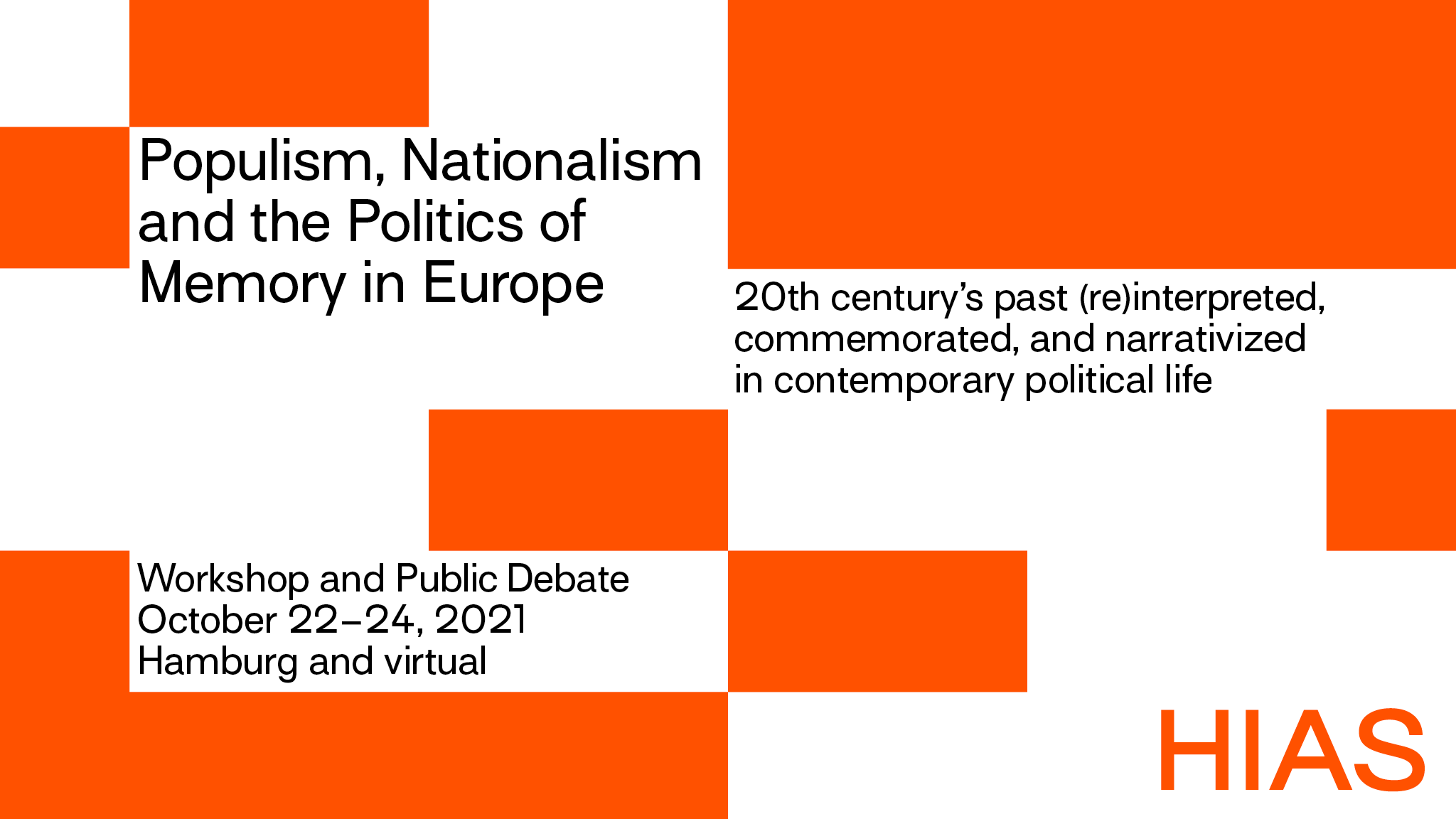 In Europe, debates over collective memories of 20th-century traumas (e.g. the World Wars, fascism, the Holocaust, colonialism, and the legacy of communism and the Cold War divide) and populists’ appeals to ‘the people’ have challenged Europe’s democratic culture and project of integration. Bringing together scholars from the Adam Mickiewicz University in Poznań (Poland), the Eötvös Loránd University in Budapest (Hungary), and the University of Strasbourg (France), the workshop on Memory Politics explores how the 20th century’s past is (re)interpreted, commemorated, and narrativized in contemporary political life.

After 2010 in Hungary right-wing parties started to use historical symbols to mobilize and revitalize nationalist emotions. This tendency became a fundamental part of daily political life: nationalism, protection of the borders against any foreign ‚enemy‘. The seperation between the ‚we‘ and the ‚them‘ is regularly stated in political life. In addition, the current political administration did not distance the country and its memory politics from the role of the ‚victims‘ in Hungary and Eastern Europe, memory politics is characterised by a form of competition: the former opposing countries measure their ‚level of suffering‘.

As the historical dialogue has not started in the country and between the countries, the crimes committed by the nation do not constitute a part of collective memory. The impact of the respective memories‘ oppression is huge: various groups such as families, leaders and larger communities ‚teach‘ a form of remembrance to upcoming generations where traumatic or glorious events are part of the identity and become the collective memory of younger generations. This heritage can cause conflict between those who had and had not witnessed the conflict or the trauma.

The historical policy and narrative of the government party ‚Law and Justice‘ has found fertile ground in Poland following the election results and the broad social support in public debates. Its values are deeply rooted in Polish national identity, as well as the sincere conviction that national history and identity had been neglected in recent years. The supporters of this type of patriotism are not hordes of aggressive nationalists. The vast majority oft hem are ordinary people and good citizens. On the other hand, the government’s flirtation with extreme right-wing circles has led to a disturbing increase of slogans of a nationalistic and chavinistic character. During recent years, to the right of the governing party a new political force has apeared, one which is openly nationalistic and anti-EU. This party, called Confederation Liberty and Independence (Konfederacja Wolnosc i Niepodleglosc) has had its representives in the Polish parliament for several months (a result of 6.8% in the 2019 elections). It is dificult not to gain the impression that the direction in which the culture of memory in Poland is heading constitutes an enormous challenge for historical dialogue at a European level. However, Poland is not an island seperated from the continent of Europe, while similar processes are currently occuring with great force in many other countries oft he European Union.

In Germany we can identify three major debates about the proper way of commemorating challenging twentieth Century past and of interpreting its meaning for contemporary society shape present-day Germany. The first debate is based on the rise oft he populist right in German politics and most recently, the Alternative for Germany (AFD) has made the historic narration of what defines the country’s identity a cornerstone of its political campaigns, portraying the dominant memory culture (acknowledging the immense Nazi trauma) as degrading for the nation and constitutive of the despised emancipatory – leftist project. Reinterpreting Germany’s 20th Century history as a rather successful past is central tot he AFD’s nationalist appeal and its challenge tot he political status quo. The second debate is led by the left opposition that rejects the attempts of the reinterpretation of history in a nationalist lens and links the commemoration of the past to an emerging European memory culture as Germany has become a country profoundly shaped by the process of European integration. The very sense of what constitutes a political community and how it should be governed is intimately linked to  the post-war project of building a form of European unity and community at the supranational level. A third contested issue in how German society remembers the country’s 20th century past is the memory of the GDR. Beyond the task of addressing how best to deal with the GDR’s totalitarian legacy the public debate centres on what role the memory oft he Communist state should take in defining the collective and political identity of contemporary Germany (Forest, Johnson and Till 2004). In public debate, the Cold-War rhetoric still shapes the memory of the GDR and the way in which its legacy is debated politically today.

The French nationalism cannot be understood by only looking at ist most radical expression because nationalistic worldviews are promoted by every major political party in France. As the national election is the most significant political event in French politics (in regard to participation, media coverage and campaign spending) it is not so surprising that national political parties energetically invest in the „invention of national tradition“ (Hobsbawm and Ranger 1983). From the far left tot he far right, national figures and events are used as political tools to promote a particular reading of the past with the intention to create a collective memory suitable to their political objectives. These forms of memory politics are challenging the credibility of a transnational, European sense of identity and community because it turns every historical event into a national one. As a consequence, political parties have no interest to distant themselves from the French history, even its darkest hours, rather they have entered into a competition to find the best way to celebrate it.